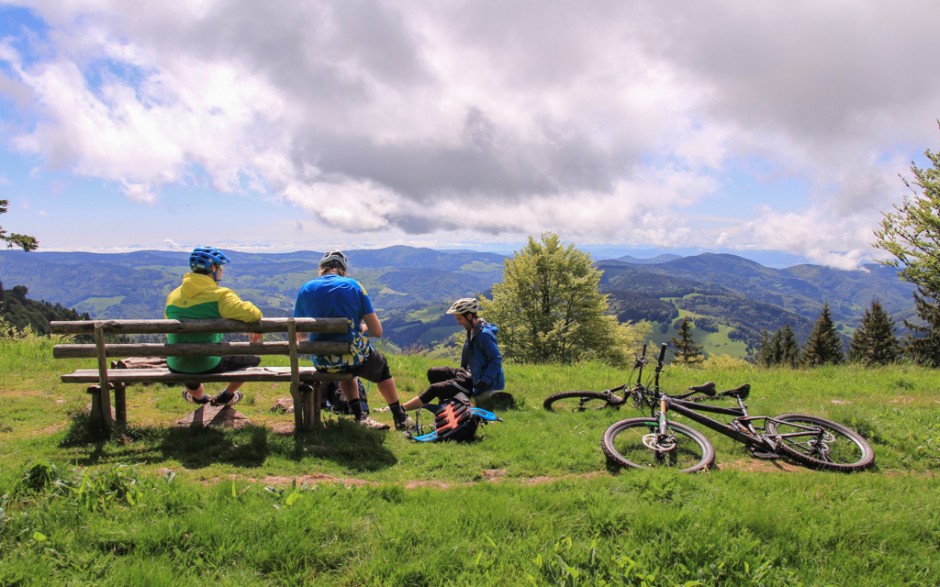 Thursday night saw a group of 18 riders gather in the small town of Obereggenen, near Freiburg Germany. As a new destination for 2014, the German Black Forest had many riders wondering on the riding to be done in this part of southern Germany. 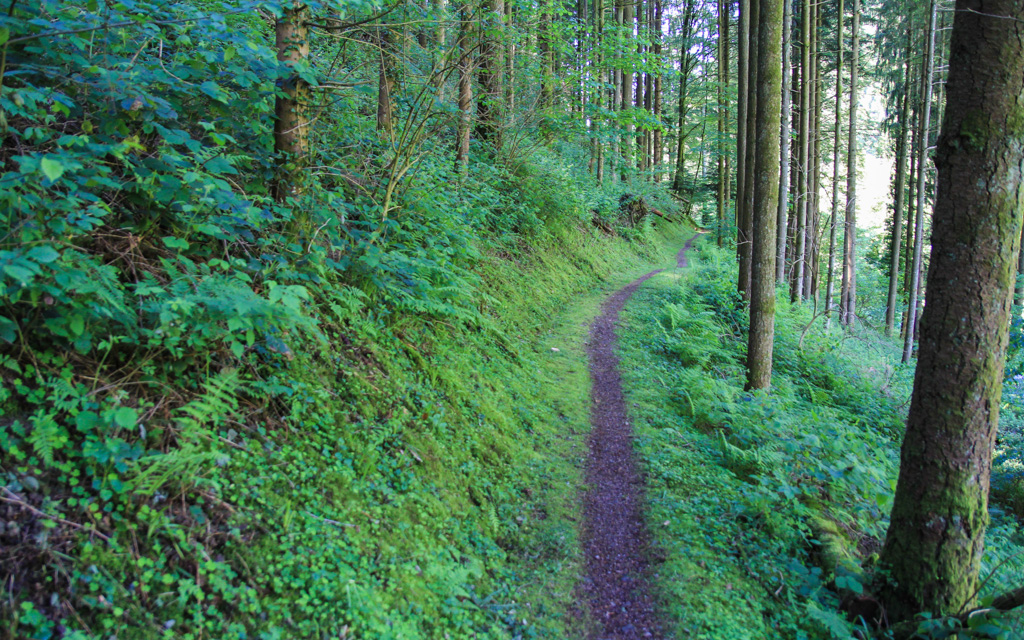 After the luggage was hauled up in the rooms of the cosy hotel, the 0,5 litre glasses of Hefe Weizen were ordered at the bar.Some riders already knew each other from previousBlast events, but most were new faces to the Epic Enduro Weekend concept. It didn’t take long to get a good vibe going.

Friday started off in the classic Blast style… a chill breakfast and a briefing on what to expect for the day. We weren’t in a big hurry, as the skies turned grey and it was raining cats and dogs. Forecast for the afternoon was sunny, and fortunately the weather man was right!

The sun came out as the maps handed out, bikes in the trailer and off they went, up the hill with the transfer van. The first 800m of climbing was ‘free’ , the rest had to be pedalled up.

First stage started off with an amazing view. Long winding single tracks, flowing along the mountain side through the dark pine forests set the tone for the weekend. Speeds were high, but the occasional sharp unexpected hairpin kept your fingers hovering above the brake levers! 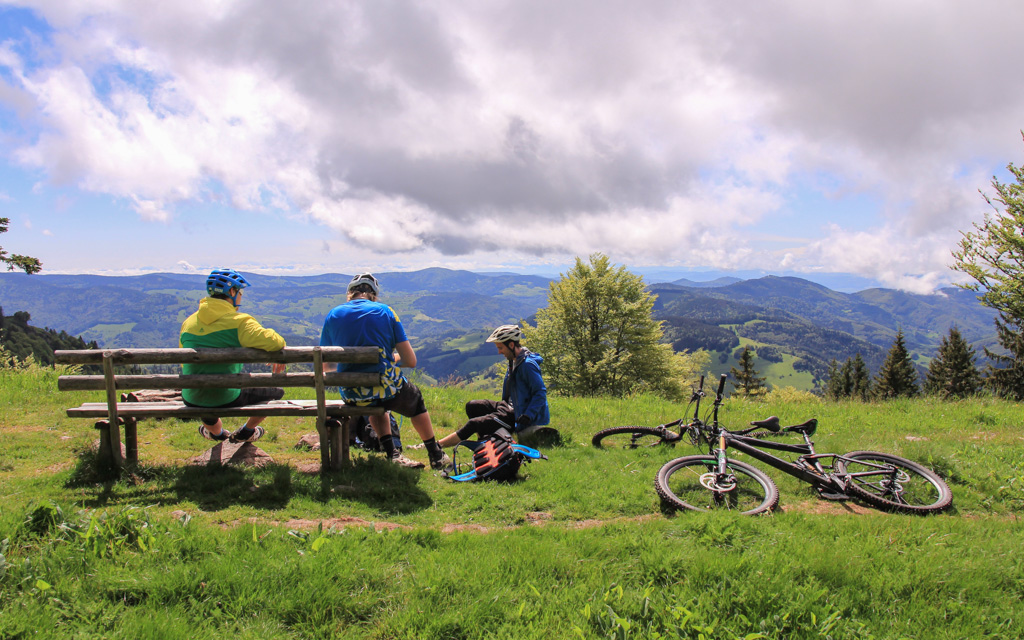 The riders were surprised on the length of the stages. The Black Forest doesn’t make you think there are descents longer then 10 minutes but still, after stage 1 there was plenty of descending to be done to the valley floor.
Next up…painful climb of about 1h to the start of stage 2. The sun was burning, and the water / lunch break on top of the hill was a welcome break for even the fittest riders.

Stage two was a short one, but with plenty of corners and techy bits thrown in to separate the men from the boys. Spanish-turned-Swiss Pep Vilaseca aka Torro Loco took the stage win with a 2 second lead over Kris ‘Katze’ Leunissen.

Final stage of the first day was a fitness test. A beautiful single track that was partly down, mostly flat and occasionally up got most riders tasting the blood in their lungs at the finish line. Peewee smashed the competition in 4’23 showing off his CX winter training fitness with Katze coming in second at 4’29. Trans Provence photographer Michiel Rotgans in third (4’34) and Simon aka The Mad Professor in fourth (4’36).

At breakfast the overall standings were announced, showing that Katze lost quite a bit on the first stage pushing him into 4th position. Torro Loco took third, 3 seconds faster then Katze. Top spot was shared between the Mad Professor and Robocop (Michiel) both having raced exactly 11 minutes over the three stages!

First stage on day two was again a 4 minute plus rush down the tight single tracks. Hairpins, fast bits, sudden rocky sections and the odd tree root thrown in for good measure. Robocop was on it, as he pinned down the trail quickest in 4’01. The Mad Professor lost 2 seconds here, and Torro Loco came down 8 seconds slower in 4’09. 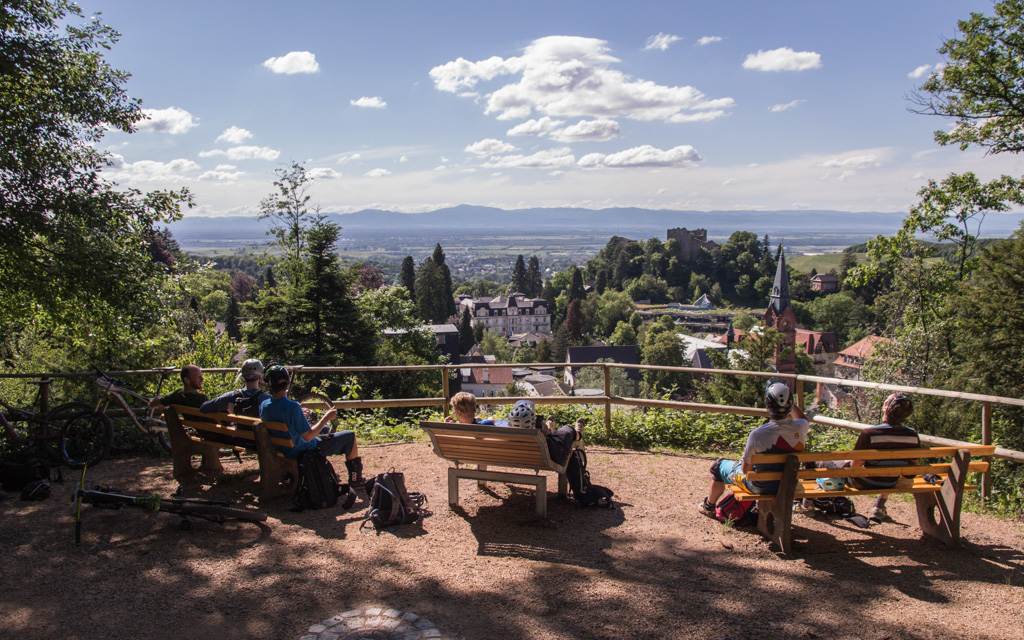 Pads were strapped to the backpacks and off they went on a gravel road climb to stage 2. The longest stage of the weekend, with the average rider taking around 6 minutes to get down!

Michiel powered off so hard, he broke his chain in the first few metres. After fixing it, he got a re-start at the end of the pack.
Torro Loco, Katze and Mad Professor hurled down the hill in exactly the same time of 5:26! Showing how close the level of riding was. Robocop pushed even harder though, creating a gap and taking the overall lead in a time of 5’17.

Stage three was a short one, but with some mean tree roots and hairpins thrown in. Katze smashed through the root section effortless, but ended up leaving the trail a few metres after. Quinten Geertman aka Leatherhead got a smashing time on this stage too, only 14 seconds off from stage winner The Mad Professor.

Back at the hotel it was time for another tasty three course meal and some quality german beers. With plenty of kilometres in the legs, most people called it a night early. With one more stage to go, Robocop had trouble getting some sleep as only 8 seconds kept him from number 2 apart! 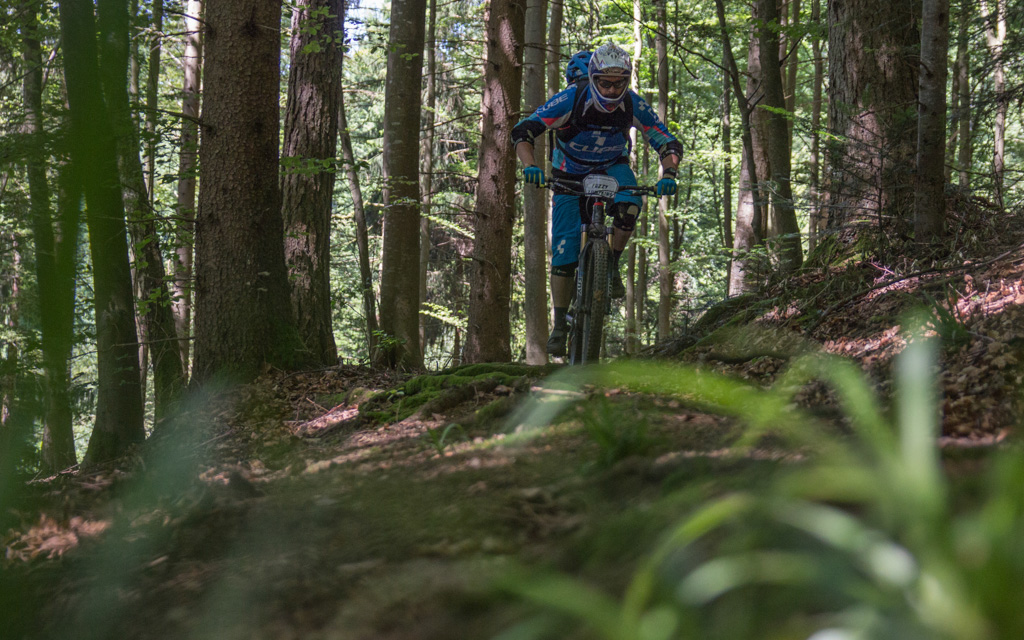 Sunday morning started off nice and sunny again, as we uplifted the group to the top of the 1200m high peak. A good 800m of D- to go, the last stage was a long one. Mixing high speeds with hairpins and blind corners The Mad Professor pushed hard and took the stage win!

Robocop had some hairy moments involving almost missing corners and moto style drifts on the lower section. He kept the gap between him and Simon down to 2 seconds, giving him the overall win. Katze took the stage third spot, but did not gain enough time to overtake Torro Loco in the overall. Spot number 5 went to long time Blaster Mr Weasel, who kept the rubber side down all weekend!

Back at the hotel it was time to shower and pack while the chef prepared a nice pasta lunch. After a toast and the prize ceremony for the top 5 riders, it was time to eat and hit the road back home! 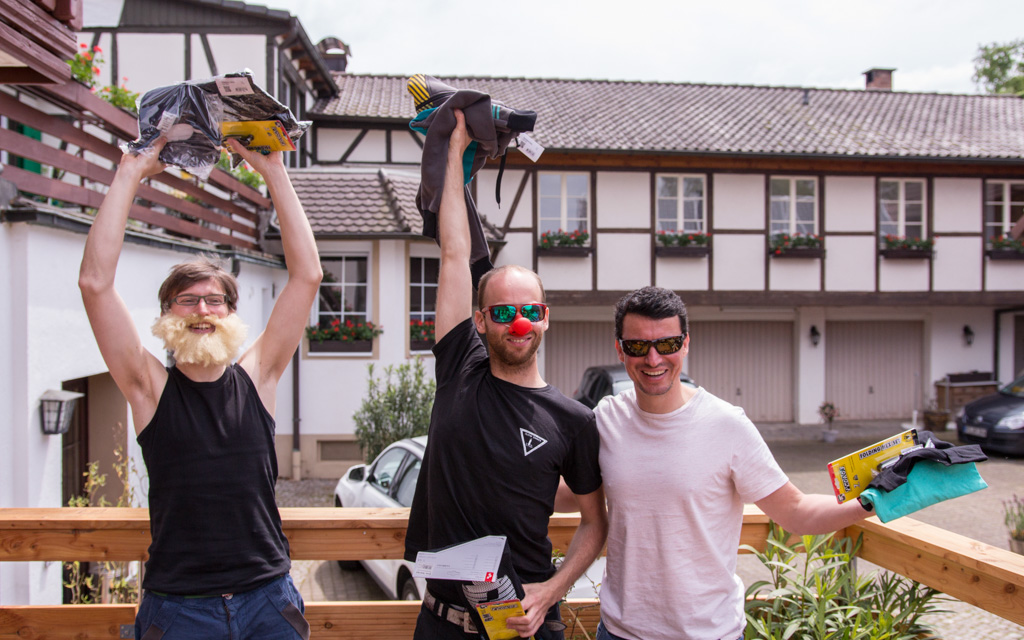 Another great weekend of riding and racing on some epic trails! A big thanks goes out to our sponsors for providing the prizes: Cube Bikes, IXS Sports division and Pedro’s.

The idea for Ride with the Locals came after years of riding at different places all over the world. No matter how nice the trails were, wherever we accidentally bumped into a local rider, the trip instantly became legendary. Shuttle runs on privately owned Downhill tracks, long twisty single tracks that weren’t marked on any map and lunches at hidden mountain huts. The best things you just cannot arrange yourself. We choose our guides carefully. They are the ones with the knowledge that makes our trips special. Not only are all of our guides qualified, but also excellent bikers and overall nice guys and gals who are proud of where they are from and happy to show you around. Because the guides know the area like their back pocket, they can make sure you have the time of your life, no matter what riding level or style. Also, in case of a weather change or emergency situation, they know the shortcuts to get the group home safe. We don’t mix groups. For the simple reason that there will be always differences in riding level, humor, wishes etc. Go with your buddies, and you know you’ll have a good time. Each trip is planned separately, and we try to cater for every budget. From low budget camping trips to **** Hotel VIP treatment, or have them both combined in one trip! We thrive to give you the best holiday on two wheels, ever.

View all posts by admin →