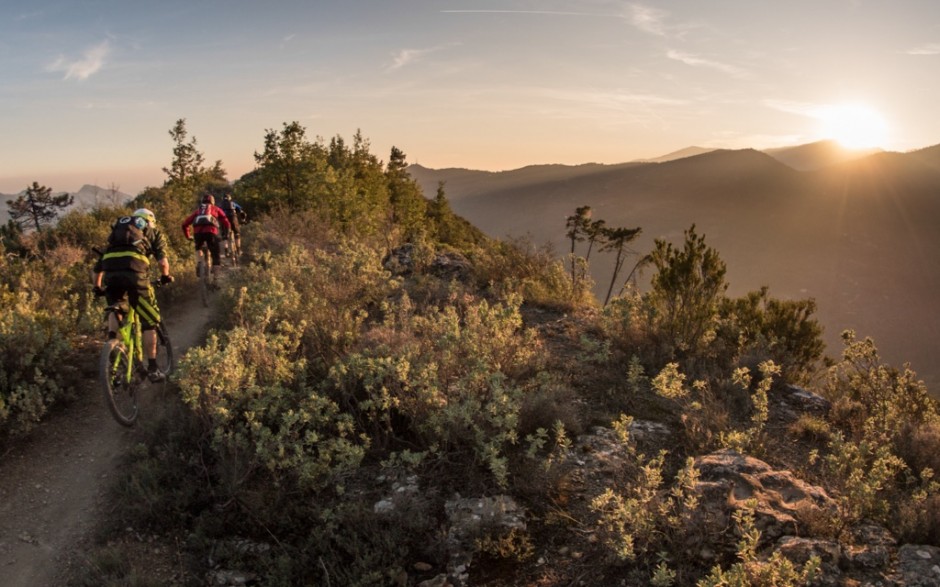 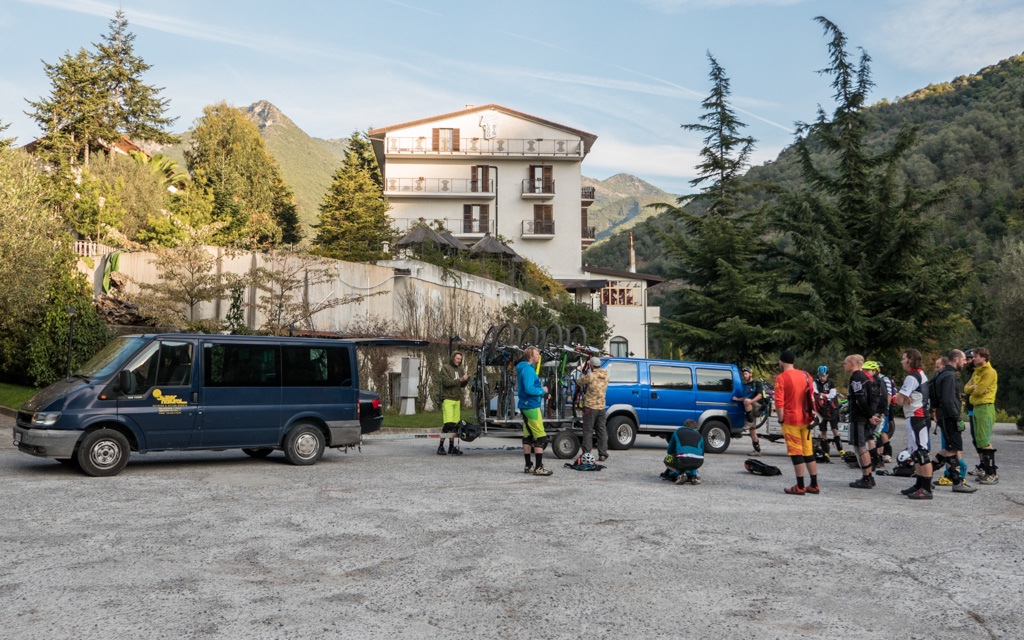 Late October is always a time where everyone is getting ready for riding in mud or getting out the ski’s. The days are getting shorter but if you move down south, there is still some dust to be found.

Liguria is known for Finale Ligure, where the EWS finals are held each year. Many teams chose this spot for early race testing and it was the chosen destination for the Blast in 2013. This year however we moved more towards France, to a small town in the mountains above Ventimiglia. Here the trails are more natural, longer and less crowded.

Friday kicked off early, with a briefing at the parking and an uplift to the start of the first special. The winding twisting roads made an interesting transfer with the classic ‘honking the horn before a blind corner’ as a sign you are definitely in Italy 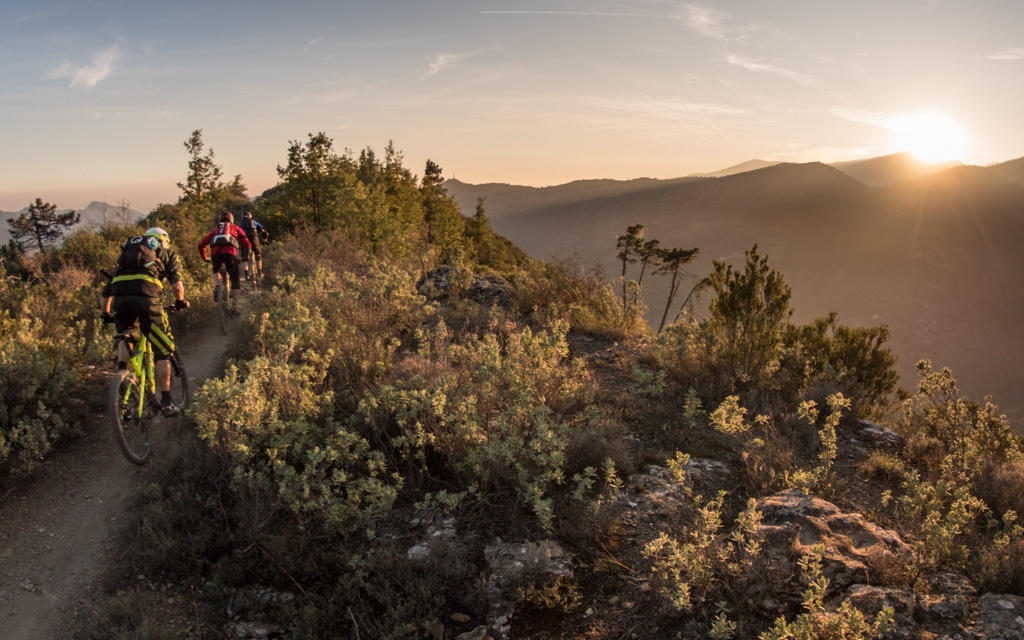 Stage one was long and all single tracks! Fastest rider took around 9 minutes from top to bottom! What a way to start the day.
The super tech rocky middle section took some victims, but most of the 14 riders made it down in one piece. Next up was an hour climb in the lovely autumn sun with a view on the mediterranean.

Stage two had some flat tire victims. Grease Monkey blew his tubeless tire off the rim, just like the Greasy Shepherd, both losing many seconds. Job ‘Pyro’ Bokmans took advantage of the flat tires and raced down the fastest, followed by Loose Goose Bas Rotgans.

Final stage of the day ended right above the ancient city centre. The old roman road proved to be a good test on suspension and arm power. With an epic view the sunset light was magic! 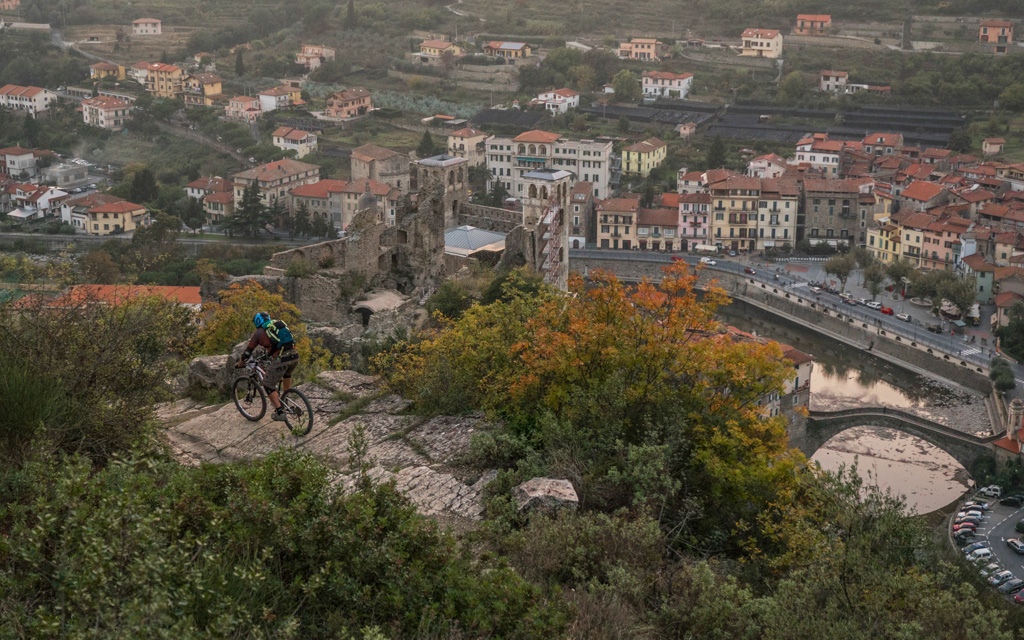 Next day kicked off with a briefing and a chance to see the overall ranking of the riders. Although the racing aspect isn’t very serious with a Blast, you can’t take the competitiveness out of a rider…

After the uplift, it was time for more quality Ligurian Trails. This day however was a bit further from the coast, resulting in a different type of soil, vegetation and trails. Closer to the town of Molini Di Trioria we warmed up with a long smooth trail to get into the flow.

After SP1 followed another 45 minutes of climbing to reach the second stage of the day. The Ligurian autumn temperatures were perfect for riding. Warm enough to be comfortable but not too hot to ride. Stage 2 had magnificent views from the start, the sea in the background with the rolling hills in front.

After a proper Italian lunch in a local restaurant, finished off with a killer espresso to wake you up we were off to SP3. A short transfer with the van followed by a short climb and hike a bike brought us to the ridge line.

As the days are already getting shorter, we quickly started the final stage as the riders arrived at the starting line. Steep and rocky as this one was, it left us all with some good arm pump at the bottom!
To reach the hotel we transferred as a group over the road, finishing the last 400m D- on single track trails past the peoples vegetable gardens and lawns! 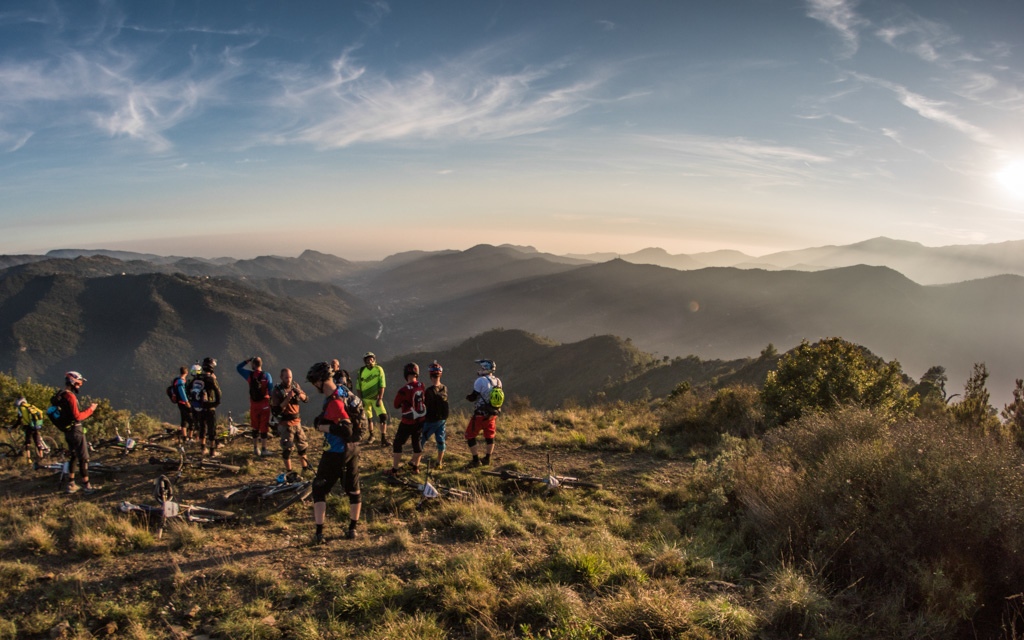 Saturday night the whole group went out for dinner in the town centre. True Italian style it was dish after dish, flushed down with the local red wine. Many tales told of two wheeled adventures, and plans were made for future trips.

Time flies, and during breakfast all were a bit sad to realise this was the final day of riding already. Grease Monkey took over the lead from Pyro, who was followed closely by Michiel Rotgans aka the Duracell Bunny.

The first stage was a proper fitness challenge. Long and with several short climbs this really got the lactic acid flowing. Pyro smashed it, beating Grease Monkey by almost 30 seconds!

Stage 2 however was the opposite. Super steep, rocky and techy to finish off the weekend with a bang! Here the lost time by Grease Monkey was made up again. Duracell Bunny held tight for spot number three beating his older brother by 30 seconds.

In the end however, the results didn’t matter much. The whole group of riders had an amazing long weekend of riding in the sun, while the rest of Europe spent their days in the cold grey start of autumn.

This was the last of the Blast Epic Enduro Weekends for 2014. 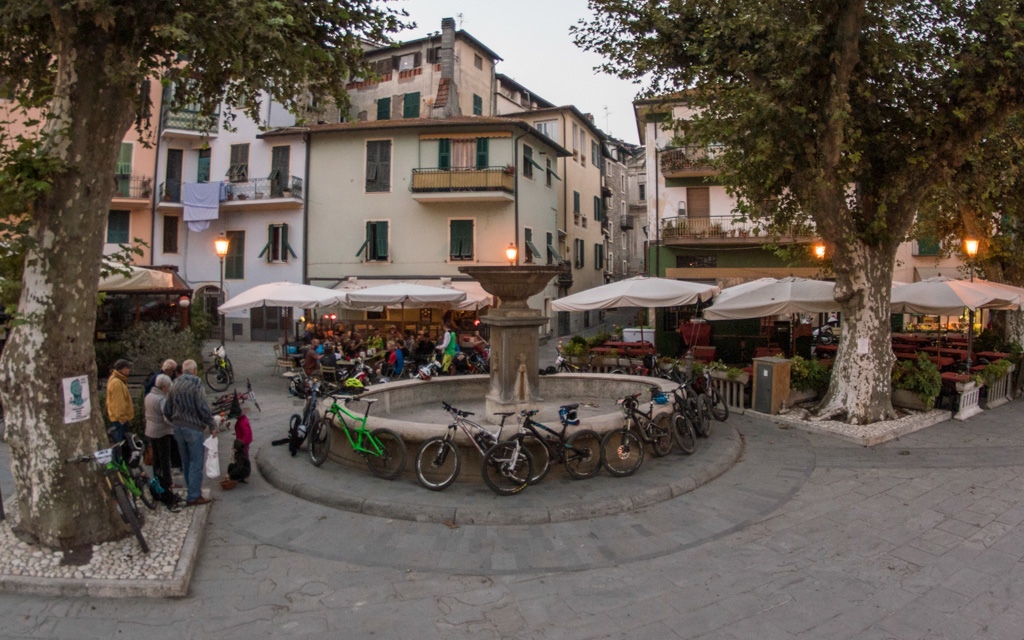 The idea for Ride with the Locals came after years of riding at different places all over the world. No matter how nice the trails were, wherever we accidentally bumped into a local rider, the trip instantly became legendary. Shuttle runs on privately owned Downhill tracks, long twisty single tracks that weren’t marked on any map and lunches at hidden mountain huts. The best things you just cannot arrange yourself. We choose our guides carefully. They are the ones with the knowledge that makes our trips special. Not only are all of our guides qualified, but also excellent bikers and overall nice guys and gals who are proud of where they are from and happy to show you around. Because the guides know the area like their back pocket, they can make sure you have the time of your life, no matter what riding level or style. Also, in case of a weather change or emergency situation, they know the shortcuts to get the group home safe. We don’t mix groups. For the simple reason that there will be always differences in riding level, humor, wishes etc. Go with your buddies, and you know you’ll have a good time. Each trip is planned separately, and we try to cater for every budget. From low budget camping trips to **** Hotel VIP treatment, or have them both combined in one trip! We thrive to give you the best holiday on two wheels, ever.

View all posts by admin →